Many people use the verse 1 Timothy 4:3 to try to say that veganism is a “doctrine of demons.” I was in a Christian Vegan group June 2018 and Marcello Newall was discussing this verse and mentioned he’d done a paper on it. This is the 20-page paper.

In the PDF Marcello suggests that Paul was writing against the “Gnostics.” I know we know that the Essenes/Ebionites were considered “gnostic” by some but these are not the ones that he suggests Paul’s writing against.

Marcello suggests that Paul’s writing against the people who believed in the demiurge. I discuss the difference between the Essenes and the demiurge-believers in this video:

In 1 Timothy 4 it’s written that people will call God’s creation “bad” and call marriage “bad” and suggest eating and partaking in this creation in general is “bad.”

“The same hypocritical liars, who should promote the worship of demons, should also prohibit lawful marriage. This false morality was very early introduced into the church, being taught first by the Encratites and Marcionites, and afterward by the Manicheans, who said marriage was the invention of the evil god; and who considered it as sinful to bring creatures into the world to be unhappy, and to be food for death.”

But surprisingly these demiurge believers don’t commit suicide. I’m not sure why, as they believe when they die they get to escape this evil world.

The early followers of Christ didn’t believe this, they thought he was flesh and creation was good, etc.

Another interesting point in this paper is that if we believe that 1 Timothy 4 says it’s a “doctrine of demons” to stop eating meat, then they basically turn YHWH (in Genesis) into a demon for suggesting it was “very good” to not eat animals.

The people who use this verse to try to say that it’s evil, end up calling the creator evil, just as the demiurge believers once did, even though the verse itself is probably all about condemning the demiurge belief.

If you would prefer to listen to this paper on 1 Timothy rather than read it, I read it in this video:

Animals Were Created to be Companions Not “Food”

Genesis 2:18 And YHWH God said, It is not good that the man should be alone; I will make him an help meet for him. 19 And out of the ground YHWH God formed every beast of the field, and every fowl of the air; and brought them unto Adam to see what he would call them: and whatsoever Adam called every living creature, that was the name thereof. 20 And Adam gave names to all cattle, and to the fowl of the air, and to every beast of the field; but for Adam there was not found an help meet for him. 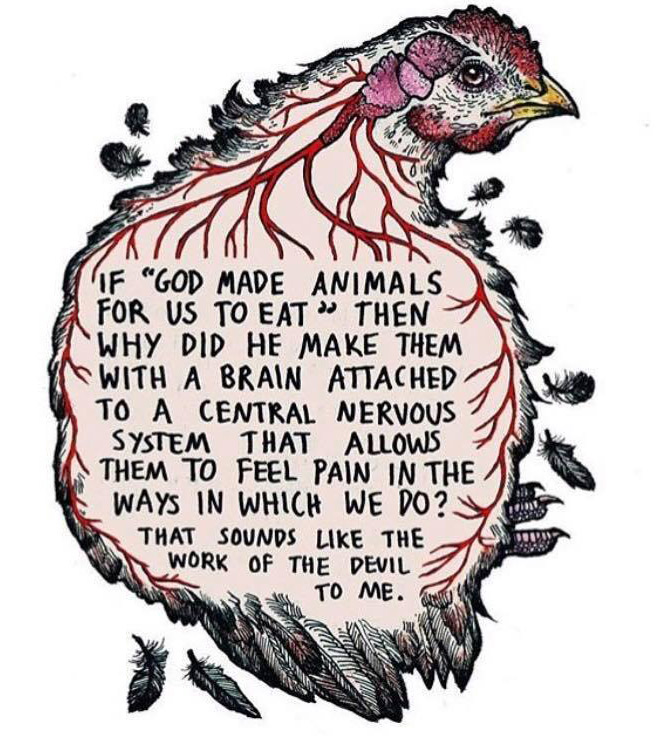 And the trees and seeds are for humans and animals to eat. The KJV used the term “meat” for veggies, obviously. The word changed definitions since the KJV was translated.

Animals did NOT get re-created for the purpose of “food” for humans at any time in the bible. They were always made to be companions.