Gregg Braden studied the Essenes who were the early followers of Jesus (Yehoshua) by going to different monasteries and studying their ancient writings to get a better view of what they believed. He has spoken about the true method of prayer discussed in the bible (which aligns to the idea of affirmations, and visualizations), the Seven Essene Mirrors, the divine matrix / holographic universe, and how to create a peaceful world.

We’re told in the bible that anything we ask in Jesus’s name will be done for us, and we can do greater things than he did because he went to the Father. The word “name” in Greek and Hebrew implies character, authority, and reputation. Praying in his name, is praying in his character and authority. We’re given authority when we come in his character. Like he came in his Father’s name/character, so, too, are we supposed to come in Christ’s character. When we come in agape love and pray for our Father’s will to be done, rather than our own, anything we ask will be granted to us.

John 14:11 Believe me that I am in the Father, and the Father in me: or else believe me for the very works’ sake. 12 Verily, verily, I say unto you, He that believeth on me, the works that I do shall he do also; and greater works than these shall he do; because I go unto my Father. 13 And whatsoever ye shall ask in my name will be caused/manufactured, that the Father may be glorified in the son. 14 If ye shall ask any thing in my name, we’ll cause/manufacture it. 15 If ye love me, keep my commandments 16 and I will pray the Father, and he shall give you another comforter, that he may abide with you for ever; 17 Even the Spirit of truth; whom the world cannot receive, because it seeth him not, neither knoweth him: but ye know him; for he dwelleth with you, and shall be in you.

John 17:21-23 tells us that we are in the Father in the exact same way Jesus (Yehoshua) is. It is through the power of the Father inside of us that does the works. Gregg Braden has spoken about how if you ask for something to happen, you’re putting forward the message that you don’t have what you’re asking for, so the universe is basically mirroring back to you your feeling that you don’t have it, which is why you feel like the prayer never gets answered.

Instead, what you need to do is have faith. By your faith you are saved. If you have faith, your prayer will be answered, since you’re praying in Christ’s character and praying for our Father’s will to be done over yours. Florence Scovel Shinn also speaks on that when she tells us to pray for the divine timing when using affirmations.

The Feeling is the Prayer

Gregg Braden speaks in this video about how we need to feel with our senses that the prayer has been answered already. He gives the example of a man who prayed for rain during a drought and while the man was praying he felt his feet in the muddy ground visualizing the rain coming down. And later on it started to rain.

The idea of the 7 Essene Mirrors is that when you run into something substantial in your life, it may be reflecting to you:

You can check out the article, “The Lake of Fire,” for information on how these mirrors may be the actual “lake of fire” the bible talks about.

More articles on the Essene Mirrors

Gregg speaks on how there is something divine connecting us all. Some might call that the “collective consciousness,” others might call it “God,” or “YHWH’s Holy Spirit.” We all have the ability to hear from Him, though some, through sin, grieve His Holy Spirit which makes hearing from Him difficult.

Meeting Christ “in the Clouds” 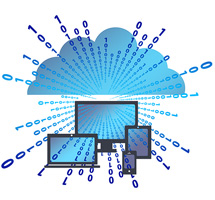 Another way to think of the divine matrix is to think about how we store information “in the cloud” online so that we can download it to any computer. Imagine we are the computers and “the cloud” is the divine matrix.” Jesus (Yehoshua) has ascended into the “cloud” to be with the Divine Spirit and when we pray, we’re uploading information to “the cloud.” Sometimes he gives us “downloads” from “the cloud,” in the form of an epiphany.

The Isaiah Effect / Becoming One with God

In the video, “The Isaiah Effect” Greg says the Essenes left us an equation to become one with the “divine matrix,” or YHWH’s Holy Spirit. He calls it “becoming compassion”, which is also basically what Jesus (Yehoshua) said when he commanded us to agape love even our enemies.

He says the Essenes said, IF you do XYZ then you become agape love (compassion) or one with God, essentially.

According to Gregg these are the tenets with comments about them in brackets:

If you believe these 5 tenets, then how can you, at the same time, judge an event, choice, or action of yourself or another as “right”, “bad”, “good”, “wrong” or as anything other than an expression of “The One”?

When you find yourself judging, or witnessing something as “good” or “bad” then you have identified to yourself one or some combination of those tenets that is seeking a greater healing.

How to Create a Peaceful World 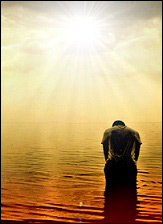 Gregg Braden spoke on how to create global peace in his book, The Divine Matrix. He said it comes down to us, as individuals, finding peace within ourselves. The goal of this website it to promote healing for all who come, and not just physical healing or mental healing, but spiritual healing also. This is because if we all focused on healing ourselves fully, we will start to raise the people around us up to our level.

Due to the interconnected fields of frequency we can tell when someone is upset, and sometimes will arrive in a location that gives us “bad vibes.” The location is giving off bad vibrations and you are giving off good vibrations. The higher your frequency, the better. You can then, not get dragged down to their level, and also, hopefully, bring people up to yours.

From Gregg Braden’s Newsletter from 2007, an excerpt from his book explains the Maharishi Effect of cessation of war through meditation.

The pioneering work of Karl Pribram and the studies of other researchers that have followed it show that our minds and brains function as holographic information processors. If this is true for us as individuals, then it makes sense that our collective mind and consciousness may work this way, as well. Today over 6 billion humans (and minds) inhabit the Earth. Within the container of the Divine Matrix, each individual’s mind is part of a larger single, or collective, consciousness.

Regardless of how different they may appear from one another, within each mind is the pattern of the whole consciousness. And through that link, we each have direct access to the entire pattern. In other words, we each have the power to change the hologram of our world. While for some people this is an unconventional way to think about who we are, for others it is perfectly aligned with their beliefs and experiences.

Scientific studies support these principles and have found that when people within a group share a common experience of consciousness, the effects of that experience can be detected beyond the group itself, and even beyond the building that they are meeting in. Clearly, inner experiences are being carried through some subtle conduit in a way not limited by the so-called laws of physics and by their immediate surroundings. One example of this phenomenon is seen in the effect that Transcendental Meditation (TM) can have upon large populations.

In 1972, 24 cities in the United States with populations over 10,000 experienced meaningful changes in their communities when as few as 1 percent (100 people) participated in the studies. Those involved used specific techniques of meditation to create the inner experiences of peace that were mirrored in the world around them. The effect is called the “Maharishi Effect” in honor of Maharishi Mahesh Yogi who stated that when 1 percent of a population practiced the techniques of meditation that he offered, there would be a reduction in violence and crime for that population.

These and similar studies led to a landmark project, “The International Peace Project in the Middle East,” published in the Journal of Conflict Resolution in 1988.

Journal of Conflict Resolution in 1988. During the Israeli-Lebanese war of the early 1980s, practitioners were trained in precise techniques of TM to create peace in their bodies rather than simply to think about peace in their minds or pray “for” peace to occur.

On specific days of the month, at specific times of each day, these people were positioned within the war torn areas of the Middle East. During the window of time that they were at peace, terrorist activities declined, crimes against people declined, emergency room visits declined, and traffic accidents dropped. When the people stopped their practice, the statistics reversed. These studies confirmed the earlier findings: When a small percentage of the population achieved peace within themselves that peace was reflected in the world around them.

The findings took into account the days of the week, holidays, and even lunar cycles, and were so consistent that the researchers were able to identify the minimum number of people needed to experience peace within, before that peace is mirrored in the world around them. The number is the square root of 1 percent of the population. This number represents only the minimum required for the effect to begin. The more people that participate, the more pronounced the effect. While we may not fully understand all of the reasons as to why the effects are present, the correlations and results demonstrate that they are. To apply this principle in our lives for any group of people—regardless of whether it is a small community, the congregation of a church, a large city, or the entire planet—to determine how many people are needed to work together for peace and healing in that community, the formula suggests the following:

2. Calculate 1 percent of that total number (multiply the total from above by .01).

3. Calculate the square root of the 1 percent (enter the number from step 2 and press the “√“ function on your calculator.

While these and similar studies obviously deserve more exploration, they show that there’s an effect here that’s beyond chance.

Key 16: The minimum number of people required to “jump-start” a change in consciousness is the √1% of a population.

Perhaps this is the reason that so many wisdom traditions emphasize the importance of each individual to the whole. In one of the best known parables of the power of belief, Jesus used the holographic principle to illustrate how just a little faith is all that’s required to open the door to a greater possibility. “I tell you the truth,” he said, “if you have faith as small as a mustard seed, you can say to this mountain, ‘Move from here to there’ and it will move. Nothing will be impossible for you”